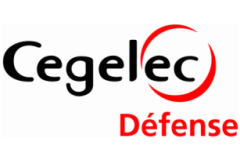 Mechatronics Soutions Radome and antenna measurement positioners range is specifically designed to complete all types of antenna and radome measurements.

Three positioner families are available according to the antenna and radome diameters and loads. The measurement positioners are composed of two positioners articulated by a mechanical structure.

The radome positioner is located in the lower part of the structure with its 2 axes, roll over azimuth. The antenna positioner is situated in the upper part with its 3 axes, roll over azimuth over elevation. (Figure 1). The positioners are also equipped with horizontal displacement offset axes used to adjust both the converging azimuth axes, the radome and the antenna. These axes can be rotated manualy or motorized according to requirement.

All the motorized axes are driven by servo-amplifiers either independently or simultaneously, whereas the azimuth axes of the two positioners are actuated  by a master-slave servo-control. 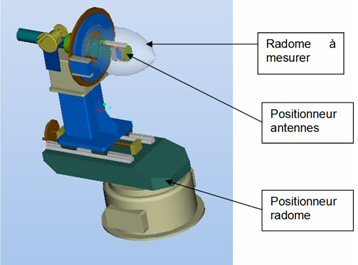 As an option, an elevation axis can be implemented to allow the displacement of the radome.

The following data are part of radome and antenna measurement positioner characteristics. 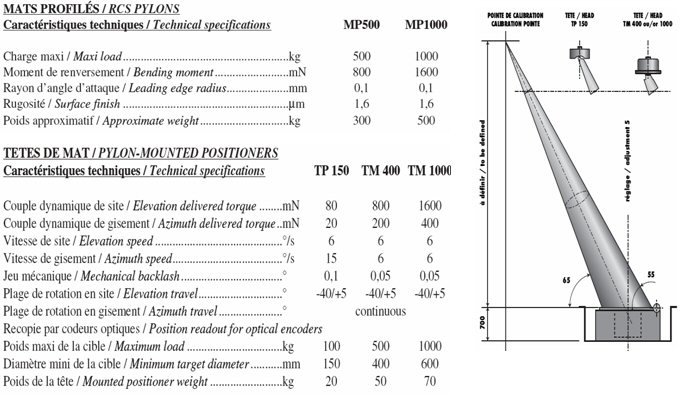 In order to optimize the performance, functionality and interactivity of our website, we use technical cookies, audience measurement cookies and social network cookies, some of which require your prior consent. You can find more information on this subject in ourRead More
Cookie settingsREJECTACCEPT ALL
Manage consent

This website uses cookies to improve your experience while you navigate through the website. Out of these cookies, the cookies that are categorized as necessary are stored on your browser as they are essential for the working of basic functionalities of the website. We also use third-party cookies that help us analyze and understand how you use this website. These cookies will be stored in your browser only with your consent. You also have the option to opt-out of these cookies. But opting out of some of these cookies may have an effect on your browsing experience.
Analytics Cookies Always Enabled
Analytics Cookies aim to measure the audience of our website’s content and sections in order to assess them and organise them better. They also allow us to detect browsing problems and therefore make our services more user-friendly. Please refer to our cookies policy to learn more about Matomo, the privacy-friendly tool we use.
Technical Cookies Always Enabled
Technical cookies that allow the website’s main services to work optimally.
Save & Accept